Patient Stories: Finding my way out of Cushing’s Disease 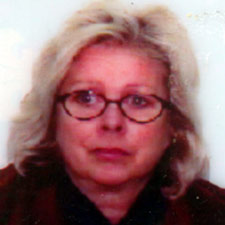 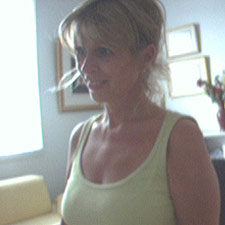 This bio was last updated on Thursday February 13, 2003

After many years of an unhappy marriage, I started feeling very afraid and depressed. I was smoking cigarettes, something I had never done before. I knew I had to do something about my life but since I was involved professionally with my husband it made it very hard for me to move on and into a different direction. So for a couple of years I tried to make my marriage work again. It was useless, I was feeling more and more sick. I needed to find a different way of getting income so that eventually I could move out with my daughter who was quite young at the time.

I sought psychological help and every time I was faced with the same problem; my marriage was down the drain. I started using anti-depressants to be able to function normally. I became anorexic.

At this point, I was really sick and still I managed to get a divorce, a job, sell my house, and find an apartment. Thanks to food supplements that I took after each meal, I had gained weight.

At this point, I was really sick and still I managed to get a divorce, a job, sell my house, and find an apartment. Thanks to food supplements that I took after each meal, I had gained weight.

I had a dizziness that persisted for about three years, thinking that it may be the anti-depressants causing it and my general practitioner did not know what was causing it. I started losing strength in my legs and going up the stairs had become a big burden. If I squatted, I could not get myself back up again.
So a few years went by still feeling really sick and then in 1998 I gained weight very rapidly from 104 to 140lbs, I’d say within three months. Only my abdomen and face looked big. Six months pregnant would be the best way to describe myself.

My general practioner, who had been following me for the last 10 years, Dr. Réjean Houle now had enough evidence that I might have Cushing’s Disease.

I had most of the symptoms: Moon face, buffalo hump, fast weight gain, heart burns, ears ringing, depression (very low libido), anxiety, peach fuzz on my face, skin tags, my musculature had totally deteriorated, psoriasis, insomnia, dizziness, bad memory, blurred thinking, my attention span was about 1 second, no more sexual desires, no more menstruations, bad vision, thinned skin, bone fracture in the foot. The only symptom I never had was the stretch marks. I had done yoga concentration exercises for many years and now concentration on a focus point was out of the question. I knew there was something seriously wrong with my body.

Dr. Houle made me do a 24 hour urine test and it showed that I had three times too much cortisol in my body. This problem was either caused by an adrenal or a pituitary tumor. So a scan had to be done. At this point, the nurses were on strike in Montreal and to get quick service, I went to private medical clinics, which cost me $2,500 for blood tests, a scan and magnetic resonance imagery. This was the only way I could find out quickly what was wrong with me.

He then sent me to an Endocrinologist Dr. Anne-Marie Grothé at Sacré-Coeur Hospital in Montréal near where I live. Dr. Grothé was the head of the Endocrinology Department and she made me do two more 24 hour urine tests and a Magnetic Resonnance Imagery, which is more precise than the scanner. She wanted to be sure before sending me to a neuro-surgeon. Within one week, I had an appointment with Dr. Marc Giroux (neuro-surgeon). Dr. Giroux is one of a few who do this kind of surgery and there are only two places in Québec where it’s done, in Sherbrooke city and in Montréal.

This doctor explained to me the procedures of the surgery, which was going up through my upper lip in order to have access to my Pituitary Gland behind my eyes. He also explained to me why he would use an Oto-Rhino-Laryngologist to begin and end the surgery to prevent nose problems. I found out after my surgery that I had a small nose deviation, which he corrected during my surgery :)). Dr. Giroux also explained to me that after surgery, I would probably have to take 2 little pills for the rest of my life.

Now I had the confirmation that I would have to go through brain surgery. When I walked out of his office I felt like I was going to faint. I could not believe that this was happening to me.

I continued working till the day the hospital called me at work asking me to get to the hospital as quickly as possible. My surgery would be the next morning on November 4th, 1999. I had waited three months for this call. I had often woke up terrified at the thought of getting brain surgery. Sometimes at night a loud ringing in my ears would wake me up and this ringing often slurred down to a very low note and felt like I was dying, it felt like my power supply was being shut off………….

I was in the hospital for 7 days and off work for three months. I lost the excess weight in about 6 months and my mind started functioning properly and completely 1 year after the surgery. Very slowly and gradually my health returned. The first months I needed Cortef adjustments and when my cortisol level were too low, I felt tired all the time, whenever I sat down I would fall asleep, I lacked motivation, yawned and stretched myself all the time and my skin felt dry also. Even now when I try to cut down on my Cortef intake these symptoms come back.

Now I use 7.5mg of Cortef daily and DDAVP for diabetic insipidus. This DDAVP is a replacement hormone called Desmopressin, a nasal solution. This hormone which is usually produced by your body, controls water retention. It is an anti-diuretic.

After the surgery, my Pituitary stopped producing this hormone and this happens sometimes after such a surgery. I had been warned that this could happen. If I don’t use this medication, I get very thirsty just like a diabetic and drink huge amounts of liquid continually.

The worst part about the surgery is the nose packing. You have to breath through your mouth for a couple of days and you need a little sponge to humidify your mouth. I can’t think of anything else that was really uncomfortable as regards to this surgery. When the doctor removed the nose packing, it felt a little uncomfortable and by the length of it the packing was way deep inside. I was given medication for headaches but I had to use it only once.

I am going back to see my Endocrinologist in March. She has been on sick-leave for about six months now but she never stopped seeing me because to her I was very special patient due to my Cushing. She is also very happy of how fast I recovered. Before my surgery she kept seeing me just to reassure me that everything would be all right. She took care of me psychologically, which is a rare quality nowadays. Now February 20, 2001 someone I hadn’t seen since August last summer saw me and according to her, I’ve changed quite a bit physically. I’m still using 8mg of Cortef daily and it is only a question of time before I can stop using medications. My pituitary gland started producing cortisol again but just a little under productive for the moment.

Like most of us with this disease, I was treated for anxiety, high blood pressure, depression, weight gain, cholesterol and had to use medication for all these symptoms. Once my surgery was done I quit all of the above-mentioned medication. They were not needed anymore.

My story is to prove to you that there is a way out of Cushing’s Disease. Now my weight is 114lbs and I’m healthy. I owe my life to the medical profession who saved my life, the support of my sisters, my daughter and friends and for that I will always be grateful to them. Going through this experience has made me mature, and I appreciate life even more now.

I had kept all this fear inside of me till late August 2000 when I met this wonderful man, to whom I opened up about my true feelings about having gone through this horrific experience and the tears just flowed out. He got it out of me and I love him for it. I’ll always be thankful to him!

I am feeling healthy and I still must use DDAVP (an anti-diuretic) because my Pituitary isn’t functioning and, also, 10mg of Cortef daily. I do workouts and maintain my weight at 118lbs and I have a yearly MRI. I have a dust allergy now due to a weakened monetary system caused by Cushing but it is nothing serious.

Three years already since I had my surgery through the upper lip. The scariest but most wonderful day of my life was November 4th 1999, my surgery! I consider myself cured.

I still see my Endocrinologist Dr. Anne Marie Grothe once a year for blood tests and a 24 hour urine test as a prevention.

My story by Denyse Le Page